What can I say about 2017? Once again, like the year before, it went in a blur. Lots of things happened but as it was so very, ridiculously busy that one event overtook the other.

Two things did stand out though, one was the worry that I simply could not get through another year like 2016, taking in, on my own, 650 sick, injured and orphaned hedgehogs. I have never turned a hedgehog away and I never will but that year was a nightmare.

I do have loyal friends who do all that they can to help, Annerley who does all the technical stuff, Carol and Diane who keep their eyes on the Facebook page. Rob who deals with the PayPal etc, Margaret who collects donated food for the hogs, Eva who seems to be able to turn her hand to anything whilst running her own business (Eva just NEVER says no, she travels for miles at the drop of a hat to pick up hedgehogs for me). I could not manage without these people but even with their help I didn’t know how I was going to get through another year like 2016!!

Then I had a phone call from Anna at Cuan Wildlife Rescue saying that she had seen the number of hedgehogs that I had taken in the year before and offered her unconditional help. I have to admit that I cried with relief. Then Lee from the RSPCA Animal Hospital at Stapeley rang me and offered his help also, so although the workload is the same, most of the worry isn't.

Then my car was written off and there really WERE tears!!!! Without a car I can't collect hedgehogs, I can't take injured hogs to the vets, I can't take the hedgehog rubbish to the tip every other day and I can't get out to the warehouse to buy cat food. So I turned to my Rock (I call her), Diane, who calmed me down. Within an hour her husband Rob had found a car for me on the internet and to cut a very long story short, (how do I get to Wolverhampton to inspect it? etc.) I put a deposit on the car but couldn’t collect for 2 weeks so I was still car-less!

Rob phoned me and said that if I could get to Penkridge he would meet me on my vets, Straitons, car park. I did have a hedgehog that needed a vet's attention so I begged a lift off “Badger Lady” and friend Sandra.

When we got there I was surprised to see that not only had Rob turned up in his car, but so had Diane, in HER car. Without any fuss, Rob handed me the keys to his car, valeted and with a full tank of petrol, saying, “Its yours for as long as you need it”. I fill up just remembering that kindness.

So, you see, we all need friends when we are in trouble and it’s the genuine friends who never fail to step forward, so now that we have started a new year I want to thank, once again, the people who have stepped forward to help me when I needed it, the very special people like Anna at Cuan and Craig and the wonderful vets and staff at E.C.Straitons and Partners who I wouldn't have lasted for 6 months without, let alone 17 years!

Obviously I cant mention everyone who helps me because if I did, this would end up as a book, not a post, but you all know how grateful I am to you, because I tell you so!!!!

I took in 654 sick, injured and orphaned hedgehogs last year, I wonder how many it will be this year, 2018? Now there's a question!

Love to you all. 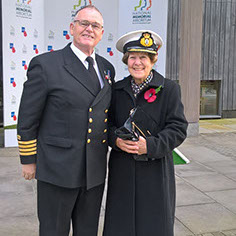 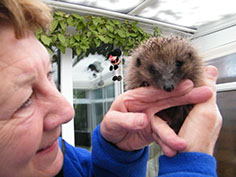 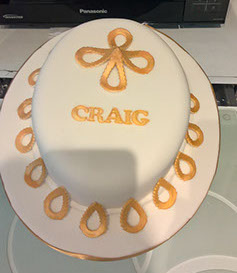