2014 was hard work without a day to myself. 2015 was crippling with 500 hedgehogs coming through my door. But this last year, 2016, was so stressful I really don’t know now how I got through it.

The sick, injured and orphaned hedgehogs just kept coming in. Folks were dropping them off at 7am on their way to work, hogs were arriving in a steady stream all day and well into the evening seven days of the week. I don’t like to ask my team to go out at night if I can help it so its quite normal for myself to jump in the car with my little pet carrier at 11pm to pick up a hedgehog when the finder can't, or won't, bring it to me.

They just kept coming - by Christmas the number that I had taken in came to just under 650. Yes, it has been very hard, my friend Doris will tell you that I phoned her one day and I was in tears because I simply just could not cope with the influx and my vet had phoned to say that a tiny baby hoglet had been brought in and could I collect it and no, I couldn't possibly collect it! What made matters worse, the veterinary nurse said that the baby kept crying which threw me into a blind panic! Anyway, Doris calmed me down and said that she would go to Penkridge to the vets and not only collect the tiny orphan, but she would also feed it and keep it. Doris, you saved my sanity that day (and have done many times since)!!!

I tell you now my friends, there is no way on this earth I could have got through 2016 without these wonderful folks who give their help, often without question, often at the drop of a hat. There are nurses, ambulance drivers, firemen, folks who work for themselves and the ordinary man/woman in the street who not only pick up the patients, some help me with my computer, some do printing for me and won't charge. There are loads of little things that I can't do for myself which kind people come forward and do for me - and then, and most importantly, there are the people who foster for me, people who release hedgehogs into safe areas for me, not to mention the faceless ones who drop off food, bin liners, papers and all sorts of strange things that they think I can use and I don’t have a clue who they are.

It isn't possible to mention all of these good folks by name and I'm sure they will understand that, but you are all invaluable and if you were not there for me I couldn't go on rescuing hedgehogs - it's as simple as that.

The team that I am indebted to as well are my fantastic vets, all of them and all of their team. They still greet me time and time again with a smiling face, often with a joke, always cheerful. So to Craig and all of the other vets in your practice at E.C. Straiton & Partners in Penkridge, a million thanks and please, please, please keep putting up with me!

For the rest of you, go on being there, I need you, the hedgehogs need you, and I hope you all have a peaceful and trouble free 2017.

Love to you all, 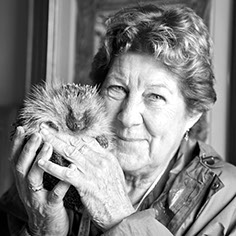 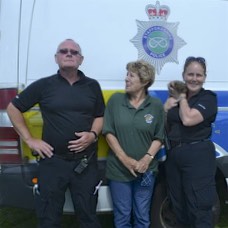 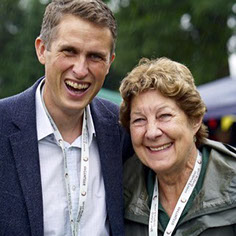 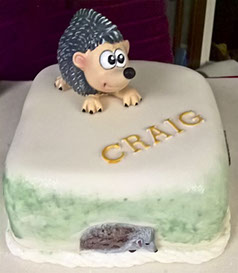