You are  currently viewing the desktop version of the site.  Switch to mobile version here.

How You Can Help Us

(meat based in jelly,

no fish or gravy)

the delivery address is :

One evening in 2002 as I sat in my conservatory, a small hedgehog wandered into my back garden. I went out and offered him some dog food. He ate ravenously before continuing on his way. The next morning I found him again. He was still in the garden; curled up but not hidden. I knew that was unusual and thought something was wrong. I picked him up and brought him under cover.

After ringing a number of local pet shops and vets, eventually I found a local hedgehog carer called Sue.

Sue told me that the hedgehog was an 'Autumn Juvenile'. He was born too late in the year and needed feeding up and over-wintering. He had to be kept warm in a cage, and with plenty of food. That way he would stay awake, and not hibernate before he had enough body-weight. I decided to give it a go.

I called "my" hedgehog Spike. He survived the winter and I released him back into the garden in the spring. I had a hedgehog house in the garden and put food out each night. For some time Spike kept returning to the garden at night.

Later Sue asked if I would like to try hand rearing some tiny orphaned babies. They needed regular two hourly feeds of special milk from a syringe.

Again the babies survived... and the rest is history!

I now have a purpose built Hedgehog Hosprickal in my garden and for as long as I could I self-funded my rescue operation. However as I now take in over 400 injured, sick and distressed hedgehogs every year I now have a small fundraising team and we attend fayres and other events to spread the word about our work and the plight of our precious native hedgehogs. 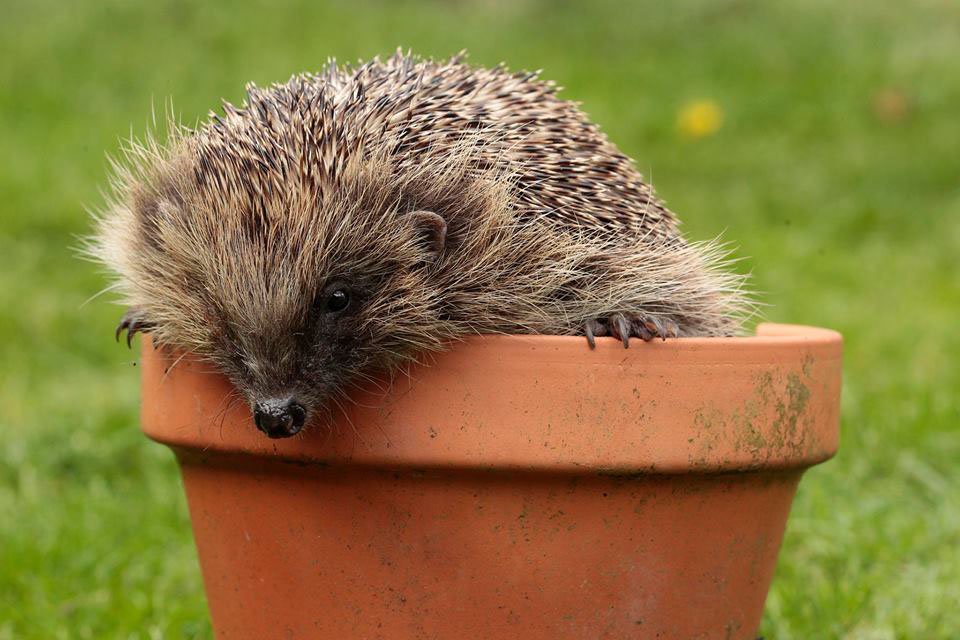